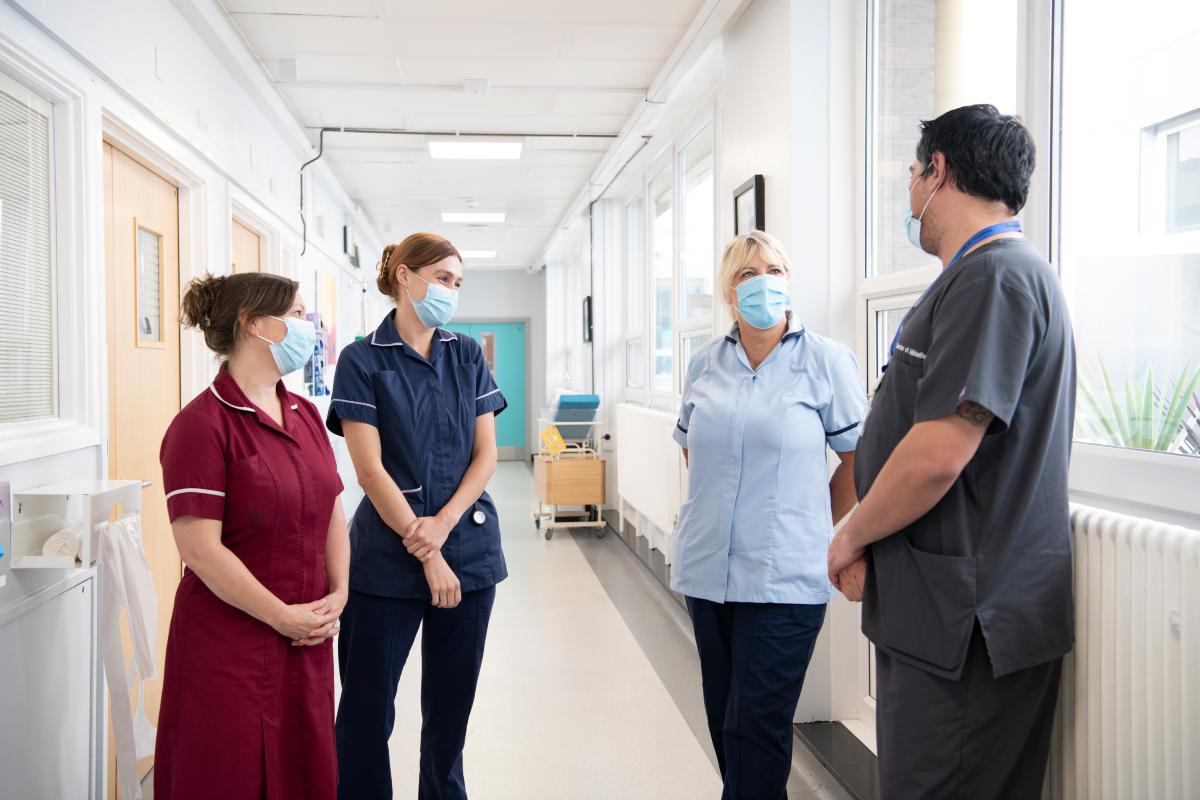 We are proud of our amazing PAHT people and the fantastic care and services they provide.

Back to the blog

My career started in the NHS two and a half years ago, as a business administration apprentice.

I finished school in 2016 and went on to do my A-Levels in health and social care, business, sociology and media. I decided that university was not something I was currently interested in and I went on to be a receptionist at a leisure centre. A year and a half later, I decided I wanted more, the NHS had always been a place of interest for me, as I had always liked helping people. The one problem was, I wasn’t sure what role I would fit into with my qualifications and a clinical role was not the road I wanted to go down.

I knew the NHS had clinical apprenticeships, but I wasn’t aware that there were so many job roles and opportunities that were non-clinical. I decided to have a look on NHS jobs, just to see what was out there, and came across the business administration apprenticeship. What appealed to me was that the majority of the two-year course was learning on the job, which is something that I have always preferred, and I thought it was a good way to see if the NHS would be a good fit for me.

I had an interview and proceeded to get the job, my main responsibilities were to look after the Quality First team and in particular the deputy director’s diary. I would organise any meetings the team needed and attend them to take any notes/actions, I handled the general running of the office and was involved in helping organise the team when it came to Trust events, such as Event in a Tent. I helped with the design and development of the team’s monthly newsletter.

Completing my apprenticeship within the NHS allowed me to gain insight into how a hospital runs and helped me realise that the clinical side of it is just one cog in the wheel and without the non-clinical side the hospital wouldn’t run anywhere near as well as it does. My experience also opened up many opportunities to get to know a number of different roles. Being part of the Quality First team allowed me to see the side of project work as they are involved in many quality improvement projects, supporting clinical teams with improving their services.

Once I completed my qualification, I applied for the permanent role as business administrator for the team as I still felt like I had lots to learn within the role I was in. During that year, I was mentored by the team and given the opportunity to get more involved in projects. I joined project meetings and was given more responsibility with updating project documentation. I was even a part of the team that moved down to the emergency department to work on a huge programme of work, through this I came to learn that I enjoyed quality improvement as I felt like I was helping teams make a difference and through that I was indirectly making a difference to patient care and experience.

When the team advertised for a project coordinator role, I thought I would go for it and thankfully I was successful. I am now currently working on a number of improvement programmes, such as mortality, theatres optimisation, administration and urgent and emergency care. The skills and experience I have got from my short time in the NHS has been invaluable and I am looking forward to learning so much more.